You are here: Home > What's On > Those Were the Days - The Archive Hour

Those Were the Days - The Archive Hour 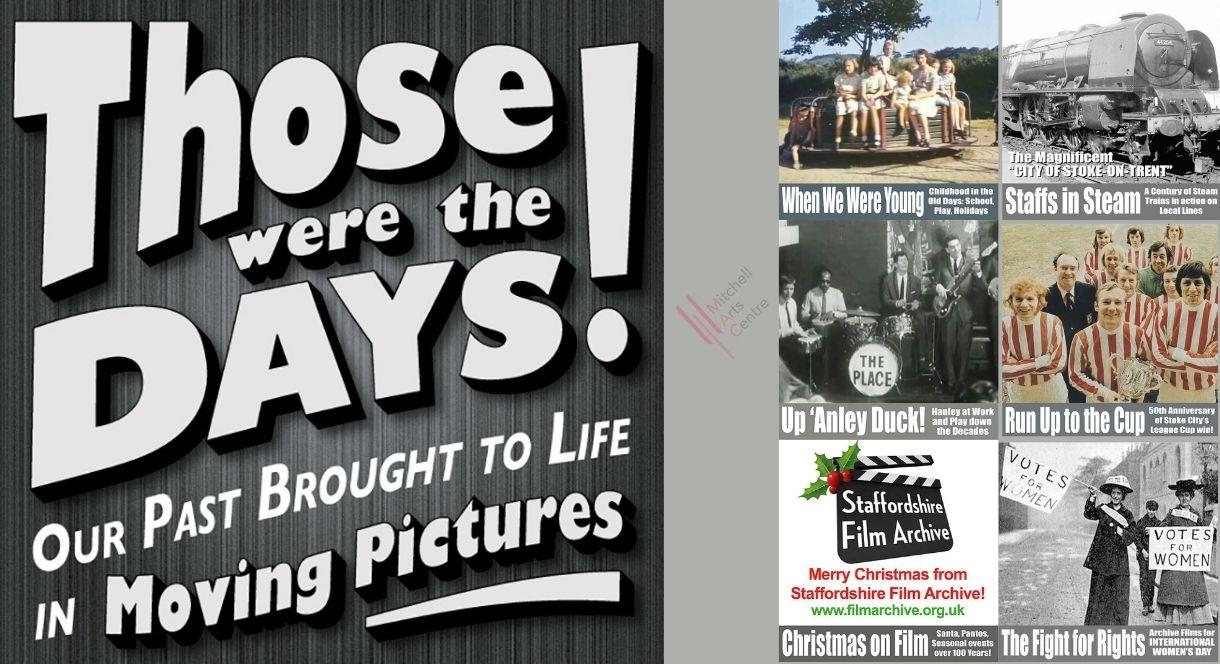 We have invited Ray Johnson from Staffordshire Film Archive to share a series of films with you, once a month - titled - THE ARCHIVE HOUR! Delving back into local archive footage of times gone by. Film entry is free.

Friday 29th October 11.00am
WHEN WE WERE YOUNG
Childhood in the Past - school, play, holidays

Friday 19th November 11.00am
UP 'ANLEY DUCK!
Hanley at Work and Play over the past Century

Tuesday 7th December 11.00am
MERRY CHRISTMAS FROM PAST TO PRESENT
Parties, Presents, Pantos - and Santa arriving by train 100 years ago!

Tuesday 11th January 11.00am
NORTH STAFFS IN STEAM - RAILWAYS OF THE PAST
A Century of local Steam Railways on film