You are here: Home > What's On > The Darkness 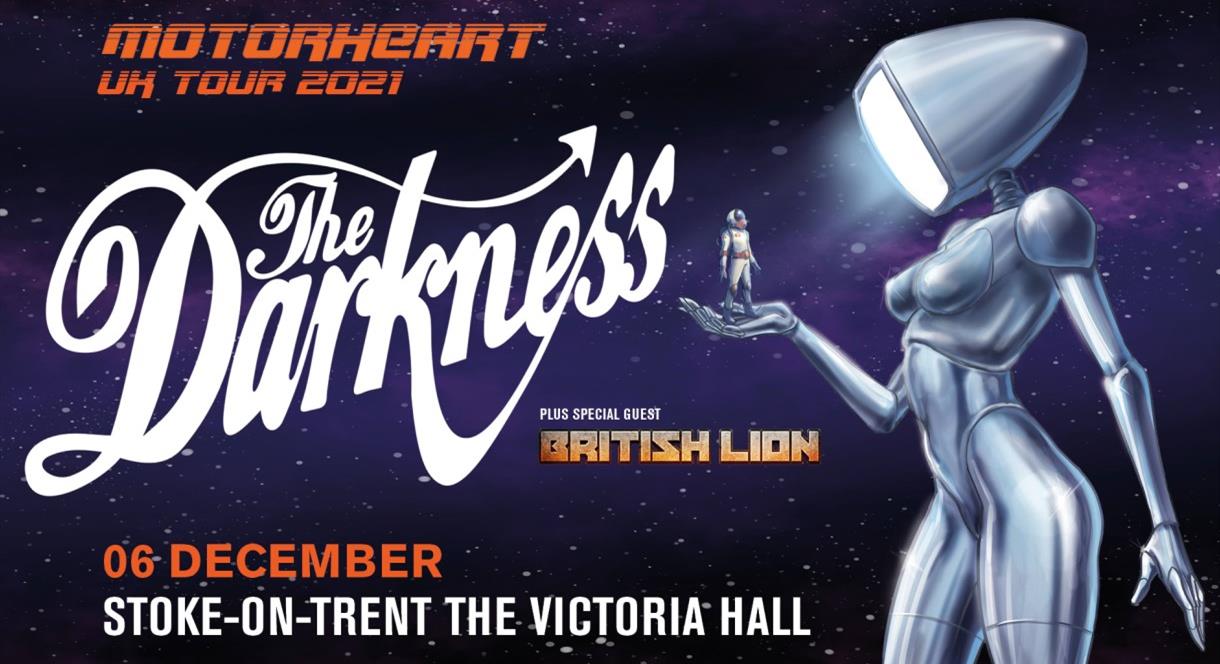 As The Darkness prepare for action once more, with the release of Motorheart and its accompanying live extravaganza, praise the gods of rock 'n' roll that they are back to save 2021!

To celebrate the news of Motorheart the band will be heading out on a full UK tour in November and December this year with support coming from Massive Wagons.

Brimming with their trademark blazing guitar riffs and solos, soaring falsetto and immeasurable rock 'n' roll extravagance, The Darkness are the Orwellian boot stamping on the flaccid face of limp rock, forever!

With a back catalogue overflowing with sonic gold and a live reputation that most bands can only dream of attaining The Darkness have established themselves as one of the most loved and important British rock bands of our time. Their latest album, 2019's Easter Is Cancelled, became the band's fourth Top 10 album in the UK, whilst also topping the Official Charts Top 40 Rock Chart and the iTunes Rock Chart, alongside receiving swathes of critical praise.