You are here: Home > What's On > Fire & Dust - The Woody Guthrie Story 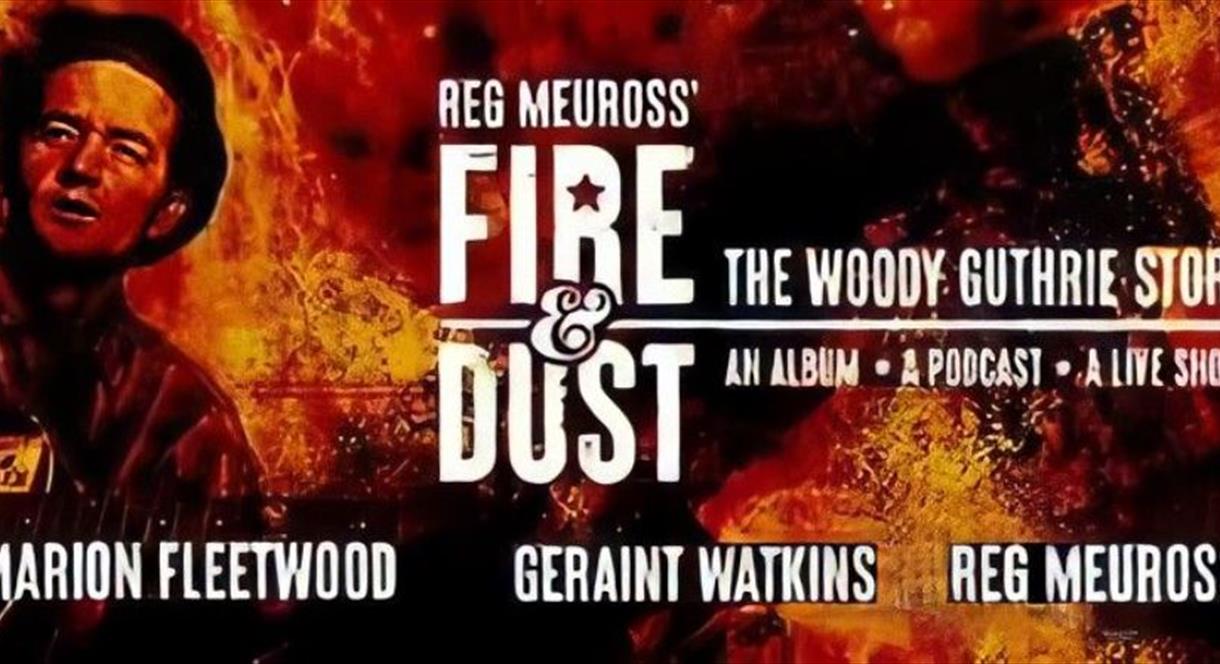 Fire & Dust is a brand new project performed live for this event by three great musicians, telling the story of Woody Guthrie's life. The accompanying album, produced by the Who's Pete Townshend, is planned for released later in the year.
Guthrie was, of course, one of the most significant figures in American folk music. His work focused on themes of American socialism and anti-fascism. He inspired several generations both politically and musically with songs such as "This Land Is Your Land". He wrote hundreds of country, folk, and children's songs, along with ballads and improvised works. Dust Bowl Ballads, Guthrie's album of songs about the Dust Bowl period, was included on Mojo magazine's list of 100 Records That Changed The World,
Marion Fleetwood (cello, viola/violin) has been described by Phil Beer as "one of the bravest and best musicians I know" and has built a remarkable reputation as a professional musician. She is well known as a go-to person for session strings both as a live performer and in the studio, spreading her talents across bands as diverse as TRADarrr, IOTA and the Sandy Denny Project.
Welsh singer, songwriter, pianist and accordionist Geraint Watkins has backed many notable artists, including Nick Lowe, Van Morrison, Mark Knopfler, Paul McCartney, and even Status Quo! He was a touring member of Bill Wyman's Rhythm Kings and keyboard player with ex-Fleetwood Mac Peter Green's Splinter Group. His songs have been performed by many musicians including Don McLean and Dave Edmunds.
Reg Meuross' imaginative and finely crafted songs have earned him the title of Master Storyteller (Pennyblack Music), and prompted Mike Harding to introduce him onto the stage of The Royal Albert Hall as 'one of the finest singer-songwriters this country has produced'. "…sounds like a forgotten, American 60s classic with echoes of Dylan, Tom Paxton & Leonard Cohen" Robin Denselow, The Guardian
Licensed bar